Noise is an important parameter in image quality evaluation. Occurring as a random signal variation for each pixel, noise has its source in the physical characteristic of light (photon-shot noise) and technical limitations of the sensor (dark current and read noise).

A very common method to describe noise is to report it as the Signal to Noise Ratio (SNR). To measure the SNR of an imaging device, you can follow the ISO 15739 standard.

The higher the SNR, the less noise we find in the image.

This could be the end of the story, but unfortunately there is something that the SNR does not reflect very well:

How much noise does the observer actually see in the image?

We test digital cameras since 1997 and have used the SNR as a measurement for noise for a very long time. More than five years ago, we have seen the effect, that the results of the SNR measurement did not reflect the experience of the observer any more. So cameras got similar SNR values, but different appearance of noise. And the same appearance of noise, can result in different SNR values.

For this post, we prepared three sample images, 1x, 2x and 4x to illustrate the problem:

Imagine these images shall be uniform, but show some noise. If you go far away from your screen, you can see that all three images have the same mean value and look uniform.
If you are close to your screen, it is obvious that you can see more “noise” in image 4x than in image 1x.

If we measure the SNR, we see that all images have the same mean value, the same standard deviation over all pixel values and therefore the same Signal to Noise Ratio.

This sample shows that the SNR only reflects the total amount of noise, but it does not describe how the human observer actually perceives the noise.

So to describe how much noise the human observer actually sees in an image and if this is disturbing or not, we do not use the SNR. Instead, we use a measurement called Visual Noise.

The algorithm and procedure to measure Visual Noise is described in ISO 15739 and was shifted from an informative annex to a normative part of the standard with the 2013 revision of the standard.

The Visual Noise value is easy to understand: The higher the value, the more noise an observer will see. The major difference between the SNR and VN is, that the VN will weight the noise according to the visibility.  Noise that cannot be seen anyway, will not be taken into account for the noise measurement. 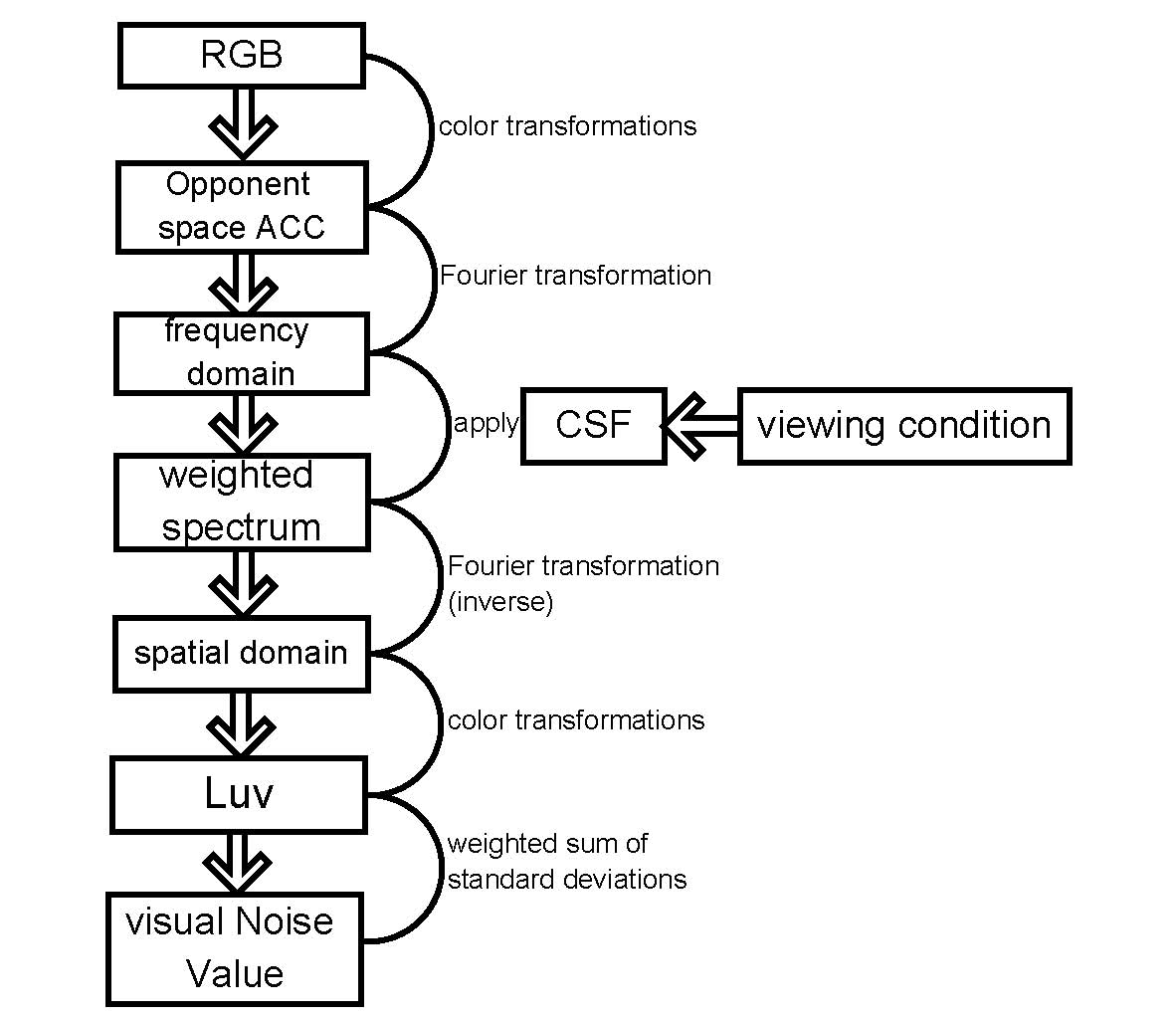 How do we know which noise the observer can see and which not? 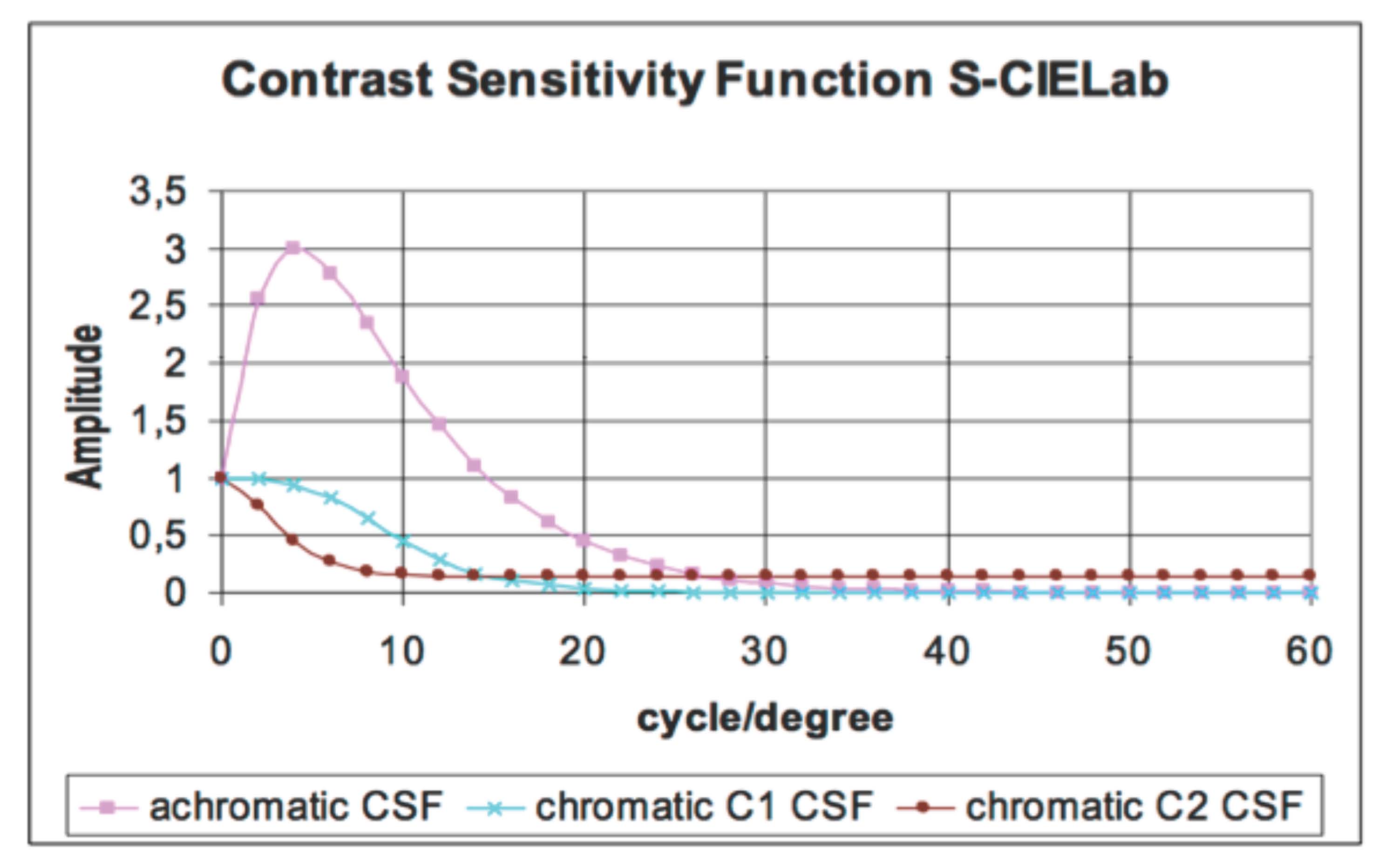 How to measure Visual Noise

The algorithm and procedure is described in ISO15739. The easiest way is to use an OECF test target and the iQ-Analyzer Software solution. For each patch, you get a VN value.

Different colors reflect the Visual Noise for different viewing conditions. Cyan is the measured Visual Noise for a 100% view on a screen in 0.5m distance, magenta describes the noise perception for a small (10cm Height) print in standard viewing distance.

If you want to lean more:

Investigation of two methods to quantify noise in digital images